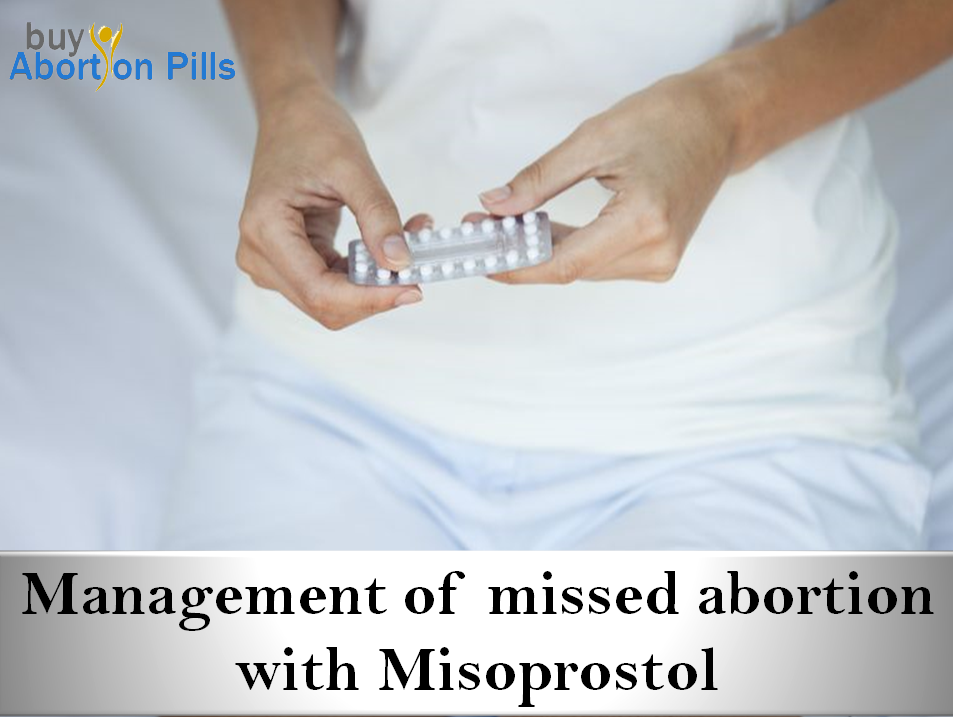 Women with missed abortion, often continue to have symptoms of pregnancy [ i.e. fatigue, nausea and breast tenderness etc.] as they still have high levels of pregnancy hormones in their body. Many do not bleed as well. The reasons for miscarriage vary widely, however, we must put emphasis on the fact that most miscarriages are a result of random genetic abnormalities in the embryo and that miscarriage isn’t due to the woman’s lifestyle factors such as exercise, sex, work, travel or other things.

Once the diagnosis is over, the woman is given options, among which one is medical management, i.e removing the embryonic tissues with misoprostol abortion pills.

But how is early pregnancy failure [EPF] diagnosed?

The diagnosis of early pregnancy failure may be suspected on symptoms and signs [vaginal bleeding, dilation of the cervix, cramping in lower abdomen] but is typically completed by transvaginal ultrasound and/or symptoms and serial beta-human chorionic gonadotropin [BhCG] levels. Women with missed abortion may also be asymptomatic.

The missed abortion is diagnosed with vaginal bleeding with the expulsion of conception parts, a pregnancy test with positive results and an open cervical os.

Medical management if one of the safest and effective alternatives than expectant/  surgical management of EPF. Medical management allows a woman to avoid surgery/ anesthesia [surgical option] and waiting for the embryonic tissues to expel itself [i.e. expectant]. Several medications have been studied for EPF management.

Abortion pills – Mifepristone has also been tried in combo with Misoprostol, but they had conflicting results.

On the other had Misoprostol [cytolog]– misoprostol’s brand version] had effective results? It is a prostaglandin analog that is embolic in nature – causes uterine contractions and expels the pregnancy tissues. It can be administered buccal as well as vaginally.

Many doctors prescribe Misoprostol pills with buccal or vaginal administration – it’s usually given in 600 mcg to 800 mcg dosage as per the patients’ requirement.

Medical evidence says, that repeated dosage/ administration of misoprostol is much more effective than a single dose. 800 mg multiple doses of Misoprostol through vaginal administration is the most used method in completely emptying the uterus.